The Relationship Equation You Need to Know | Connection Apps Inc.

The Relationship Equation You Need to Know 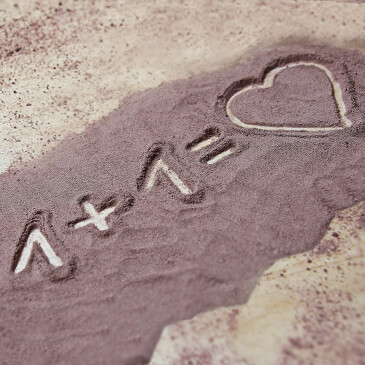 In between is… meh. More is… better!

Now another important piece of research to consider is that men have on average 52% more serotonin receptors than women do. Why is this interesting?

Your Brain and Love

The brain chemicals most important in the context of love and well being are:

E.g.: see pumpkin pie, crave pumpkin pie, eat pumpkin pie, reward. When you eat pumpkin pie, your brain releases dopamine as a marker to ensure you remember you like pumpkin pie. After a while, this whole process operates beneath conscious thought and then you have a habit. An automated response to stimuli. As soon as you are triggered, you begin the routine, regardless if it still gives you the same reward or not: when you first start smoking it may give you a reward of feeling good, and even if every time you smoke you begin hacking and feeling bad, you still crave that original reward every time you get triggered.

You Must Know This

Serotonin is the natural antidepressant and cooperates with oxytocin to give us feelings of love and well being. Serotonin also enhances dopamine response while at the same time keeping your brain balanced. Now here’s a super important point: you cannot increase your own levels of serotonin, that only happens from external stimuli. It is elevated through positive feedback. In the context of a relationship, it is the praise and appreciation from your partner that provides you with the necessary serotonin to be happy.

So men, with twice as many serotonin receptors, need half as much love and affection to be happy. It is one of the main reasons that women are more likely to be depressed than men. This infers that our biology dictates:

The challenge is that it is easy to forget to do those things, and sometimes, we lack some understanding about what we can do to make this crucial release of serotonin and dopamine happen. That is why we created The Connection App: we have harnessed our understanding of the brain to help you do The Connection Habits™ which are proven to release the happy chemicals critical for well being.

If you want some more information about the App and The Connection Habits, we will be releasing a video presentation on October 17th. In this online session we will go into detail about The Connection Habits, and why knowing them isn’t enough, and what to do about that! If you want in on our best ever offer, you can put your name on our launch invitation list and we will send you the details.

Thank you for your support! We would appreciate it if you would share this article on your preferred social media channels:

Do the Challenge For a Chance to Win!

Participate in Challenges — and create a deeper & more meaningful connection with your partner — and be entered to win prizes.

A performance by award winning comic Greg Ketner ($1,500 value) at your next function.

The Team Wellness Leadership Challenge for up to 100 people from  Connection Apps Inc. ($2,500 value).

a $100 gift card to your favourite local business.

Download our Apps for your choice of mobile device:

Ready to accept the Challenge?

The Connection App for Business

Love Where You Work!

If you can raise your brain's level of positivity in the present, you will obtain what science calls the happiness advantage. In fact, every single business outcome improves when you are happy or feeling positive.